SETTING UP AUTOMATED TESTING ON YOUR REPO USING GITHUB ACTIONS

Hey my dudes!
If you work in a team or even individually and you have a production app, you need to test your code. Period.
If you think its okay not to think about testing, its just a matter of time before which you will feel you do need integration testing in your workflow.
I have worked with Circle CI in the past but recently Github launched Github Actions where they provide you a separate docker image which is used to run tests in.
The setup is pretty simple but figuring out the nitty gritty takes some time. I would walk you through how I setup one for a rails/redis/postgresql app and Gotchas I learned

1. Generate a .github/workflows directory and add a main.yml file

I did it in my app root folder

There have been a lot of blog posts around this topic so I won't repeat the same. A good starting one is done by Chris and it really helped me get started fast. GitHub Actions with Ruby on Rails: Setting up Continuous Integration

I face multiple issues and resolved them one by one to get to this.

1. Github doesn't hoist the Environment variables. So you will get an error when GA will try to install postgresql and start it.
> That's why its important to replicate the ENV variables especially related to postgresql before the services key and in the build and run test step

2. For rspec tests, you need to change the last line to bundle exec rspec spec
3. For postgresql you need to provide password in the DATABSE_URL env variable (postgres://your_postgres_username:your_postgres_password@localhost:your_port/test)
4. Make sure the version of Ruby is same as your gemfile
5. Its best to have same version of potgresql and redis as your production app.

and refer to them using ${{secrets.COOL_ACCESS_TOKEN}} if your tests rely on a secret. You can also setup a connection to your heroku by using the heroku secret if you need to (for example your sandbox database). I didn't

You can set this up in a pull request and then merge and deploy to the master branch.
From then on, any new push/pull request will invoke the test which you can check as shown below. If anything goes wrong, the clustering of steps as shown below allows you to pin point the exact cause of the issue and fix it. 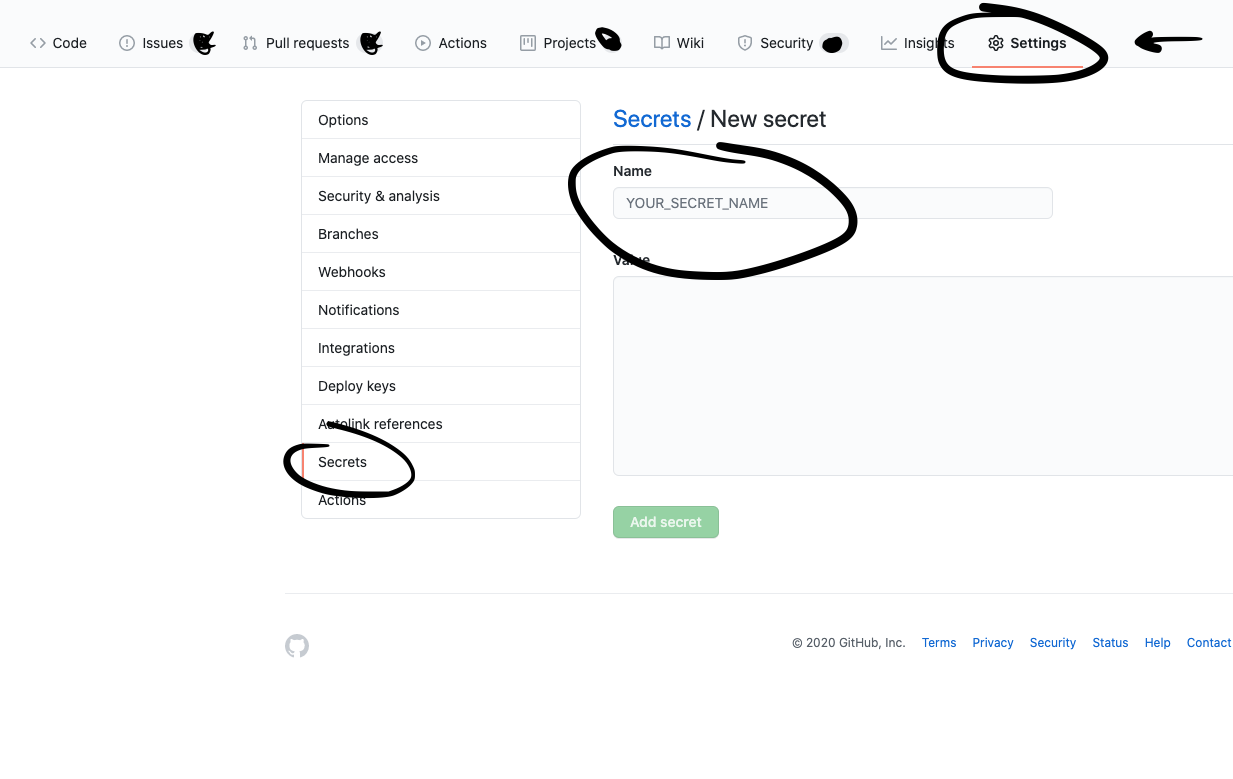 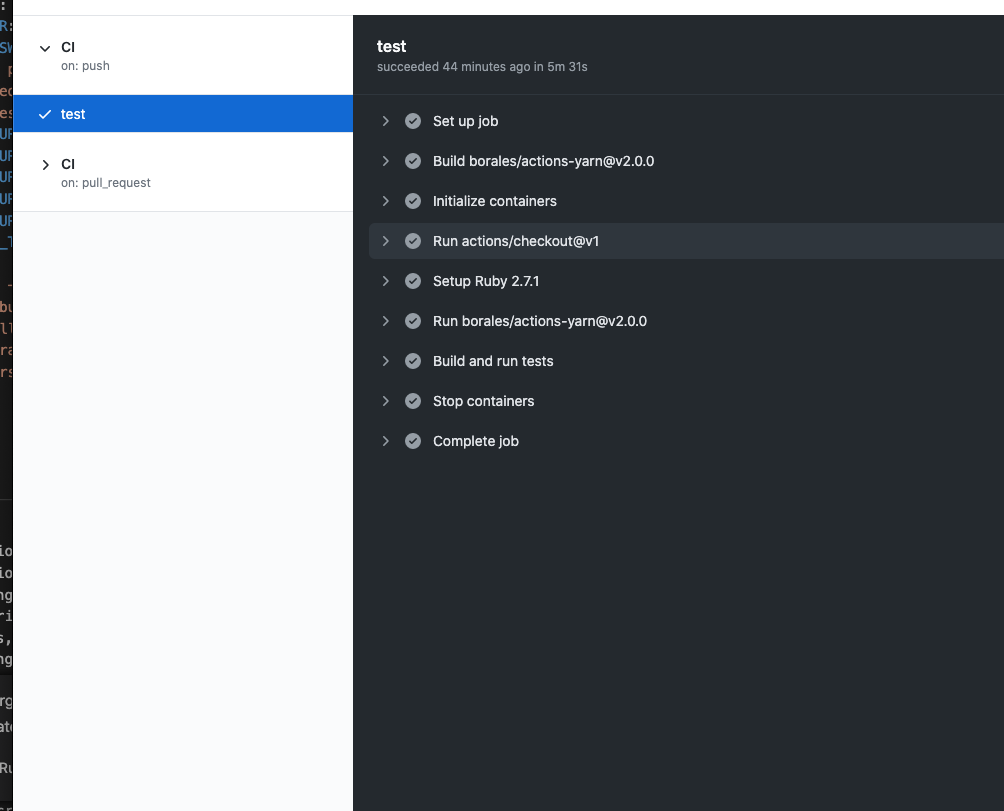